It’s been a while since I wrote anything so what better time to return than when I’ve ticked something HUGE off my 30 list. When I say huge I mean huge times 3. The Yorkshire 3 Peaks.

It was never something I had wanted to do; I was one of those people who would ask ‘why?’ whenever people said they were going to walk them until recently. I had walked all 3 of the peaks separately so I had an idea of what to expect, however the furthest I had ever walked in one sitting was only 12 miles. So 24 miles seemed pretty daunting. Thankfully I had a great little coach by my side who had done this 6 times previously. So Steven told me everything I needed to pack, what to wear and what to expect. He made sure we took enough food and drink for the duration including something to lift your spirits towards the end. He went with sports mixture I went with rice krispies squares!

As we were walking this at the start of October we knew we had to get out early as the sunset was around about 7pm and we didn’t really want to be walking in the dark so we set off to arrive at the first peak around 7am as they usually take around 12 hours to walk. So we arrived had some breakfast in the car and began our ascent up to Pen Y Ghent the first and smallest of the peaks.

We were extremely lucky with the weather and it was a glorious day. We had packed rain coats just in case and thankfully it looked like we wouldn’t need them. The hike up Pen Y Ghent was quite quick around an hour and a half and we were pretty happy with the pace we were at. There is a little scramble to the top of the peak but other than that it is quite a good pathway up and down. I did walk on a bit of muddy grass on my way down and full on slipped onto my bum which was GREAT.

The walk from Pen Y Ghent to the next peak which is Whernside was the next big thing to tick off. Steven had said to me this part was quite hard as it was so long so I expected this to feel like a drag. I think I kept saying ‘we aren’t getting any closer to the viaduct’ every half hour or so! Another fall on my hands and knees later we were finally seeing progress. We stopped for something to eat before we made a start on the second peak. As soon as I sat down I noticed I could feel how achy my body already started to feel. But we go on!

At the start of Whernside there is a stream which normally has a little bridge to cross. However, the bridge was being repaired and there was no way over the stream without getting wet somehow. Most of the stones were not in a place I felt comfortable crossing on. A lot of people were having difficulty crossing but as we were not in boots we didn’t want to run the risk of getting soaking wet and having another 12 miles to walk. So this ended up adding another 25 mins onto the time and a lot of me stressing as Steven had managed to make his way over but I was stuck on the other side. He managed to help me across eventually and we didn’t get wet so I suppose all is well.

Up we went. Whernside is the biggest peak and it is LONG AND HIGH. It is a constant climb. I felt at one point my body just wasn’t even moving. This was the first time of the day where I felt like I was struggling. Getting to the top though made me forget all about it and I got giddy again. We took a few photos and made our way straight back down. Coming down really hurt my knees and at one point they were shaking like mad! But we were having fun and were excited to get the third and final peak done.

We got to Ingleborough which ended up having a diversion from the usual way up the peak. It was quite well sign posted but the ground was so bad. It was all grass and obviously mixed with a lot of people walking and rain the previous days. It was MUDDY. This was for me the worst part of the walk so far. It felt like a constant battle climbing up. With it being muddy I felt like I had to concentrate on what I was exactly doing and it was such a hard climb. I felt like crying a couple of times at this point but my cheerleader was by my side helping me. At the top of that disgusting hill we then had to walk across it to get to the third peak itself, on another muddy path. It was horrible and we both felt so annoyed at how much it seemed to be slowing us down.

Finally, we managed to do the little scramble up to the peak. Being up at that third and final trig point was such an amazing feeling. I kind of couldn’t believe we were there and my body at that point didn’t feel as bad as I thought. My feet were a little sore and I could tell I had blisters but other than that I seemed to be okay. The sun was in a beautiful spot and we could see for miles up there. Amazing. So at 5.30 we began our final push back down.

The paths were AWFUL coming down this last peak. Every rock we slipped on I could feel my blisters hurting more and it seemed like we were getting nowhere. The sun had started to set and we had tried to arrange it so we were back at the car before dark but with the diversion on Ingleborough it meant we were chasing the sun. I thought the climb up previously was my worst part. But this walk back to the car broke me. The darkness came, the paths were so slippy and with every single slip I felt the tears coming. Steven had come prepared with a head torch but those last 4/5 miles were a killer. Eventually the stress of trying to not fall mixed with the emotions of the day finally took over and I ended up having a little cry. Hats off to Steven for putting up with all my emotions on this day seriously! We got to some sort of ‘civilisation’ eventually and Steven turned to me and said ‘there’s the car look’ and I cannot tell you how happy I was. I had no idea where we were so this news was SO GOOD. 12 hours 11 minutes and 25.6 miles since we left it that morning. That car never looked so good. My whole body was hurting by this point and as soon as we sat down we knew we wouldn’t be able to walk properly. But it was so worth it. All that pain. And the pain for DAYS after was worth the sense of achievement I have now. Seeing how much I could push myself mentally and physically was something I’ve wanted to do for a while now and this challenger definitely did that. I had said when we got home, I’m never going to do that again. But I’ve already changed my mind, I want to do it again and try and beat my time!!

Anyway that is something I’ve now ticked off my big 30 list and thank you so much to Steven for helping me in ways he won’t even know how. The words of encouragement, the tough love, the singing songs and taking items out of my rucksack so it wasn’t as heavy. All of these things THANK YOU snugs! 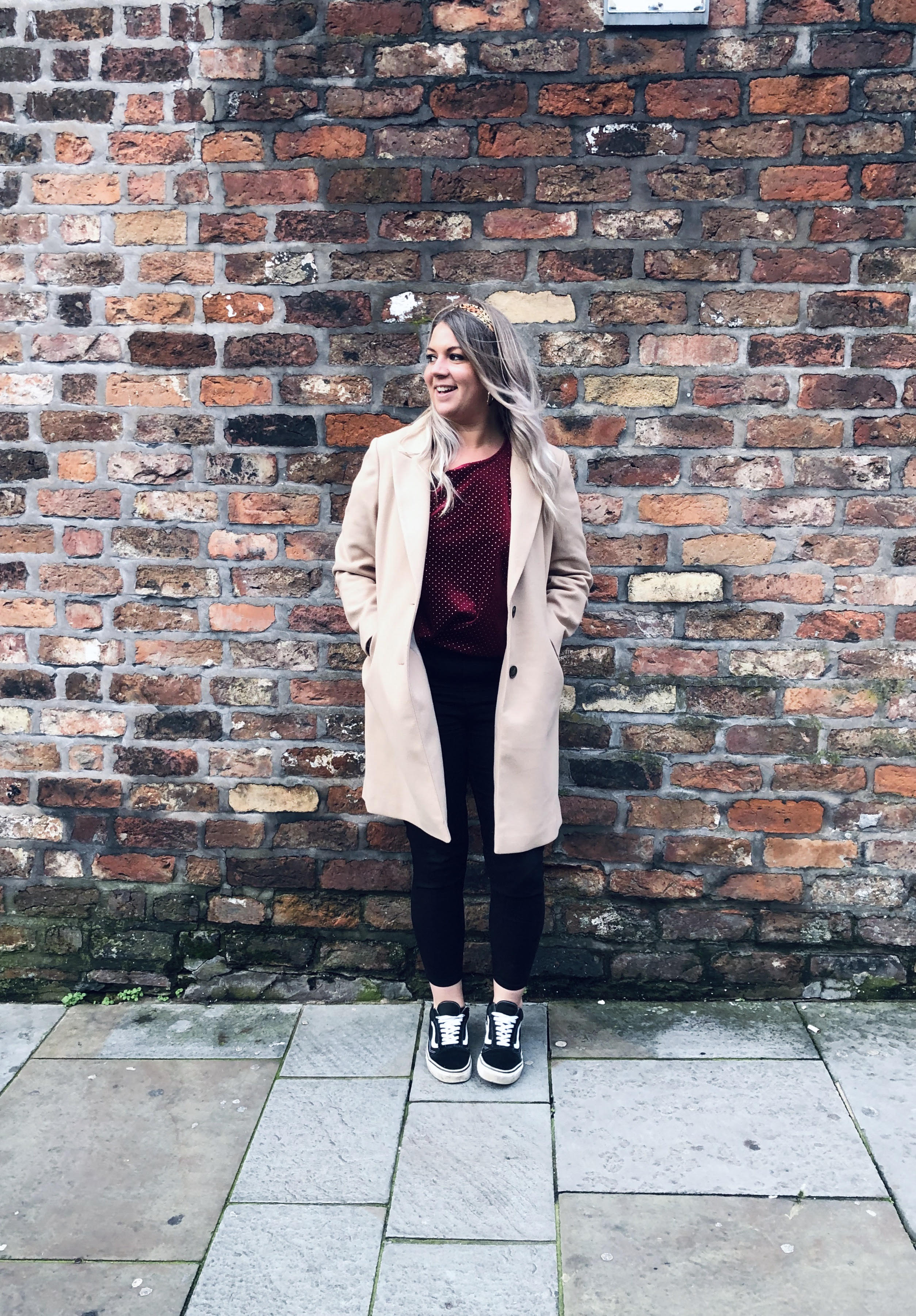